Sekondi Area of the Church of Pentecost launches ‘Agent of Peace’ 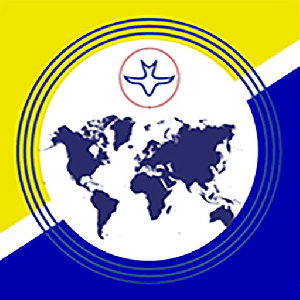 The Sekondi Area of The Church of Pentecost (COP) in the Western Region has launched its National 2020 Peace Campaign dubbed, “Agent of Peace” to educate and encourage its members to become agents of peace before, during, and after this year’s election.

The campaign aimed at inspiring all citizens to seek peace during the December 7 elections was held under the theme, “Seek Peace and Pursue It” which was taken from Psalms 34:14.

This year’s edition was inspired by the Vision 2023 agenda of the Church, which has as its overarching theme; “Possessing the Nations: Transforming every Sphere of Society with Values and Principles of the Kingdom of God.”

It was attended by various religious bodies and political parties, Assembly Members, NCCE, security personnel, traditional leaders, some youth groups, and members of the church.

In his welcoming address, Apostle Daniel Kodjoe Sey, Sekondi Area Head of COP said God has been faithful to the country such that though the COVID-19 pandemic caused a lot of havoc, by the grace of God most citizens are safe.

He noted the Lord had been gracious to Ghana in many aspects, especially regarding peace over the years, a reason why Ghana is celebrated across the world as a peaceful country in the West Africa sub-region and Africa as a whole.

According to him, making peace requires an intentional and conscious effort, hence the need for all to join hands in maintaining peace for the beloved country.

Malta Guinness Reaches out to Small Businesses in “Enjoy...

Moesha Boduong Is My Bestie – Gambo Discloses In Latest...

285 young entrepreneurs apply to be amplified

I encountered Angels physically after I met T.B Joshua...

Men are more likely to commit suicide when they decide...

Dubious thinking could have gone into decision to rent...

Your well being sometimes depends on your partner – Alhaji...